I’ve wanted to give Spacemacs another try for Haskell development. In particular, I wanted it to work with intero and hindent.

I like to use Mitsuharu Yamamoto’s emacs-mac, rather than Aquamacs or emacsformacosx.

The haskell layer in Spacemacs requires a few dependencies. I installed them with Stack.

I added the haskell layer plus autocompletion which it seems to require. I also followed the documentation in configuring intero and hindent (though the style “johan-tibell” no longer seems required as hindent no longer supports multiple styles).

After adding a few other layers, my configuration layers in ~/.spacemacs looked like this:

I missed having a project sidebar (such as seems to be the default in editors like Atom). Eventually, I found that Spacemacs includes NeoTree, which makes a viable project sidebar. Toggle on/off with SPC p t or SPC f t for a file rather than project browser.

See more in the documentation

I also missed having a tab bar (for open files) such as that in Atom. There doesn’t seem to be anything built into Spacemacs for this. I tried the tabbar-layer, but it was pretty ugly.

After some searching, I figured I could rely on “helm-mini”. It lets you open search/select files from the open buffers with SPC b b. Also searching/selecting for files in the same project is possible from projectile with SPC p f.

I wanted my little indicator for the 80th column. Here, you need to tweak your ~/.spacemacs file.

It was fun seeing the different themes available for Spacemacs. It’s best to install themes-megapack layer (see my layers configuration above). I don’t mind the default spacemacs-dark theme but here are some of my other favourites:

Check out the gallery.

I finally settled on deeper-blue. 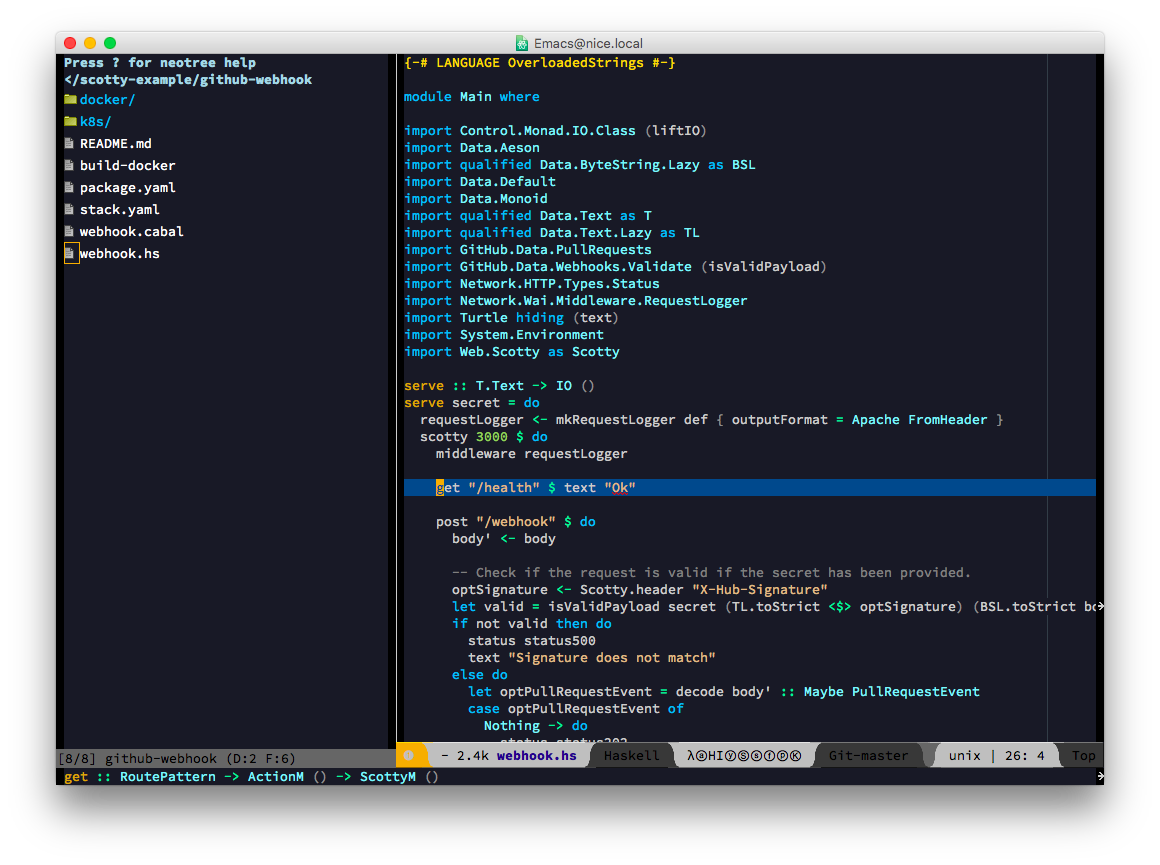